Bedroom of the fallen, a remembrance project of soldier who died in war. 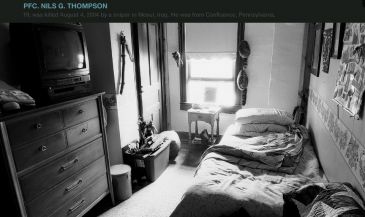 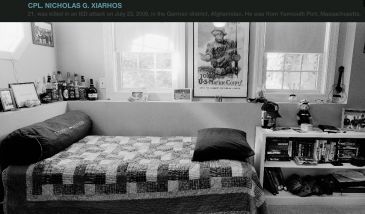 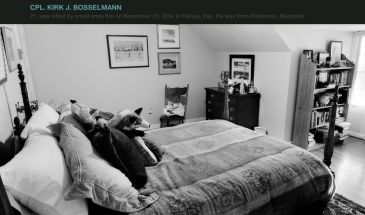 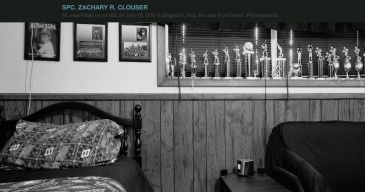 Ashley Gilbertson, photographer from VII Network photo agency, start his project called “Bedroom of the fallen” to commemorate US troops who died in Iraq and Afghanistan war through image of their bedroom.

Bedroom of the fallen begin in the early 2007 to commemorate soldiers who died in Iraq and finally it included those who died in Afghanistan as well. More than 5,000 lost their life in these two wars, some were killed while fighting terrorists; some were assassinated or became prey of suicide bomb.

While they took a long journey to fulfill their duty as a good soldier, they were also a human being, a son, a daughter, brother, sister or family member. Ashley got permission from the family of those soldiers to enter their house and capture the bedroom which still preserved it original condition, like someone still living there. Those bedrooms will provide detail of the owner character, their interest or how they live. Name, rank, age, hometown and cause of dead also presented together with images as well.

Ashley mentioned that the main purpose of this project is to commemorate those who sacrifice themselves and their honor. It’s also a reminder to show that despite all they have to face in war, those soldiers are still ordinary people who live the same way as us.