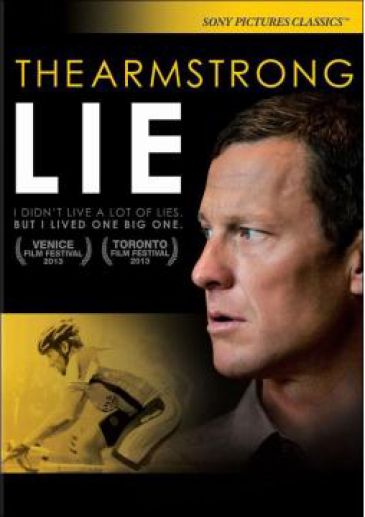 A documentary chronicling sports legend Lance Armstrong by Alex Gibney, one of the documentary film masters, who won an Oscar from an investigative documentary film Taxi to the Dark Side (2007). Observing Lance since 2009, Gibney plotted the story as a man who won’t give up on himself and the world aiming to set an inspiration to those who feel defeated and lost. However, the film, unintentionally, turns out to be investigative. In 2012, Lance was convicted of doping and was stripped of his 7 Tour De France titles (1999-2005).

Gibney interviewed Lance in 2013 when he came out to confess his accusations in the Oprah Winfrey Show. He realized that Lance must have been ready to answer every question he had in mind for the sports legend and wished to find an ending for his film.

What makes this documentary film special is not how it investigates into a person like what we are used to. On the contrary, Gibney opens up a story telling that Lance is guilty and showing how he is paying off for his mistakes. He humbly tries to answer the curiosity one must have if they were Lance’s followers about all the lies he made up. His questions are real simple; 1) what kind of person is Lance Armstrong? 2) what was he thinking when he lied straight face to the whole world? and 3) how do the audience view his guilt when watching this film?

The film starts off with a 16-year-old Lance who was trying to work hard to feed his mother until he finally became the world champion. But luck wasn’t always on his side as he found out that he had testicular cancer, which was spreading into his lung. His career in cycling was put on hold for several years until he fought back and managed to win the Tour the France. This miracle of a man who overcomes death and conquers the world is a modern fairy tale that is very well recognized worldwide. Later, he founded the Live Strong Foundation to help patients with cancer especially children. The foundation was a great success. Its wristband became a a part of the global pop culture including Thailand.

After winning 7 tournaments in a row, he decided to wash his hands from the cycling world and lived gracefully as a legendary icon despite his rumours about the past drugs usage.

In 2009, however, Lance at the age of 40 years old was back in the game. Indeed, everyone was questioning why. Hence, this was the starting point of the film’s investigation through 3 interviews which have been conducted at 3 different periods of time. The audience are able to identify the type of person Lance is with their own judgement throught the storytelling.
The first period was in 2009 when Lance returned for his throne and proved himself innocent on all his frauds. It is possible that he wants Gibney to tell his story as an inspiration by hiding both the truth and lies of his past.

The next period was 14 January 2013, three hours before his big interview at the Oprah Winfrey show as he was preparing to make a confession to the world about his drugs usage.

The last period was 24 May 2013, five months after his televised confession, Gibney was back with a well thought through perspective to ask the unresolved questions as a fan who has been deceived by Lance.

The film also offers interviews with other people involved, for example, Lance’s team manager, his ex-team mates, his scandalous personal doctor, the President of the Union Cyclisted Internationale, as well as the reporters who have closely been after the scandals, which impeccably relect the filthy business and the conspiracy of the cycling world that has been going on for more than 100 years.

Gibney closes off his film identifying himself as one of the victim of this deception Lance created, but it was a lie he willingly accepted. The will that he shares with Lance’s fans all over the world as long as Lance had the guts to tell them that he is not guilty.

“In the future, would you still see all of this as guilty?,”  an interesting question the legendary Lance Armstrong leaves off in the film.