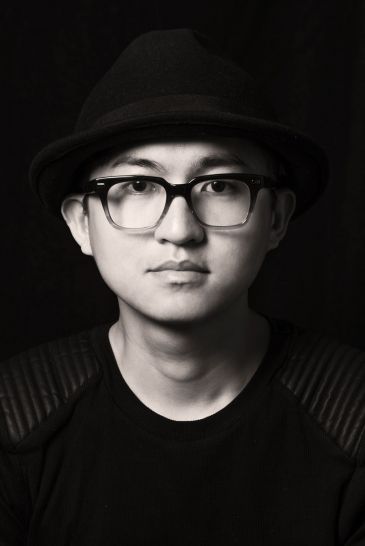 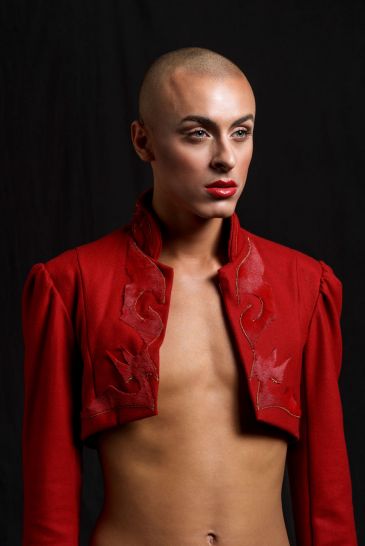 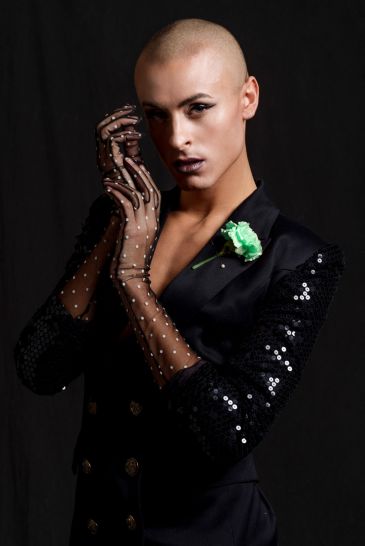 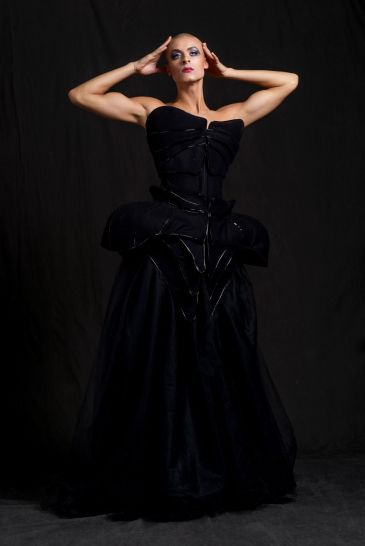 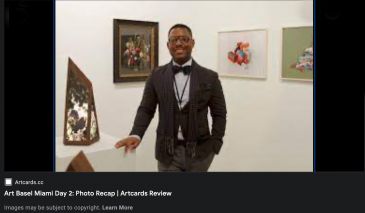 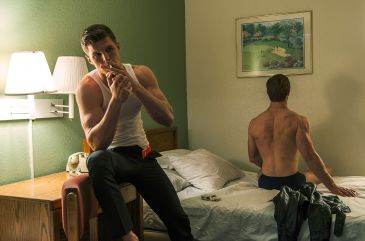 Kreerath Sunittramat is a Thai photographer and artist who is based in New York. His works were published in many magazines both Thai and internationalnal such as Harper’s Bazaar, Women’s Health, Fashionisto and many more. Not only successful in fashion photography, he produced Fine art work which have been shown at many galleries such as Leslie Lohman Museum, Miami Art Basel and being selected as one of most emerging artists in New York city this year. Through personal experience, Kreerath picked up gender issue and used it as the main topic of his works. Gender issue in Thailand is a very sensitive topic that only a few artists tend to engage with. However, working abroad has shown Kreerath a new perspective and allows him to experiment new works that might be appear to be completely different when working in Thailand.

What is your degree and what did you study before becoming an artist?

I got my Bachelor degree in Cinematography and Photography from the Faculty of journalism and Mass Communication, Thammasat University. After I graduated I was a freelance fashion stylist assistance for Image magazine for a year. Then I became photographer for Goplay magazine and decided to continue my study abroad. First, I went to Savannah College of Art and Design in Atlanta because they offered me 50% scholarship. I learned a lot about Fine Arts during my time there. Once I finished, I took another course at Parson the New School for Design where I also got a partial scholarship and a full moral support from my family. After finishing the course, I started to work in the fashion and advertising field.

What are your previous works before becoming a photographer in this field?

My works were shown at Miami Art Basel which is a really big Art Fair in Miami in 2011; some went to Leslie Lohman Museum, which is the first gallery for Gay and Lesbian art. At the moment, I’m quite focus on fashion and my works are published in Tantalum, Some, and Women Health Thailand magazines.

Can you talk about the work that was shown in Miami Art Basel? It is a very big Art Fair where you just graduated and suddenly you have your work shown at one of the biggest venues in Art Fair in America. What is the work and how did it happen?

I am very honored to have my work included in such a venue. Right after I graduated, I had a studio in Atlanta, Georgia and one of the curators came to visit. Mr. Amani Olu is a curator from Humble Arts Foundation in New York City and he was impressed by my work so he decided to include my work to be in the show that year. I did not have a chance to visit that year because I was out of the country but I could not be more proud to be in such a high profile Art Fair.

The work is a part of my gender exploration, “Imperfection of beauty”. I used a mix media technique in photography and printing technique as well as a computer program to create 3D one of a kind artworks. I challenged the static time of photography with animated static pictures.

According to the curator, the work was well received by the audiences and visitors. We sold the piece for $2500. I was very excited as well as the curator. I am just a boy from Thailand who came to the United State fo follow my passion in Art and Photography. Then I have my work show and sell it to American audiences. I have never been proud of myself and my work.

It seems like your recent works are focused on Gender issue. Why did you choose Gender issue as your theme?

Because I also got gender conflict and identity conflict during my years at Thammasat University. At that time, I was living as both male and female. Once I came to study aboard, I specifically started studying about gender theory. What I have learned made me understand myself better. I found out that gender is not limited only to male or female; it could change all the time. My works then tend to relate to gender unconsciously. It is quite interesting that we are now living in the transition era. The topic of gender issue is now much more open. We now have to include drag queens and transgender  when discussing gender.

Does social phenomenon and fashion photography go together? How do you present them?

Actually it does, but the work and work’s objective must be well considered during the thinking process because fashion is about beauty and advertising. Generally, using social phenomenon or social concern in advertising during the age of capitalism is not proper (in commercial way), except some cases that you might want to set an agenda.

Beside having your work participated in Miami Art Basel, you also have your work in Leslie Lohman Museum in New York, not a still life but a portrait. What is the work about?

As I lived in New York and I found myself immerse into Gay life in NYC. I took a portrait of my best friend who I met during my volunteer work at Visual AIDS. He has been living with HIV for over 20 years and I would like to translate the story of his life into one portrait. So I took a picture of him taking medication which helps him manage the HIV virus. The picture got selected by one of the biggest Gay magazine in New York city, Next magazine. They run all finalist pictures at the Leslohman Museum for 2-3 months.

Again, I am proud to be part of LGBTQ communities in New York and in the United State.

Tell us more about you works. You chose to use male models in one of your sets but presented them in such feminine way. What is the concept of this set?

It started from when Cory Wade Hindroff saw my work and fell in love with it. He sent an email to me saying that he wanted to collaborate. Cory was the finalist model of the TV show, “America Next Top model cycle 20 – produced by Tyra Bank”. He became very famous when the program was on air and it was exactly the same time as when the Russian Prime Minister, Vladimir Putin, passed the Gay Propaganda Law which is absolutely a violation of the basic human right. The law stated that any act of “gay” will be considered illegal and that imprisonment is the punishment. Cory and I decided to create a fashion set that could empower “gayness” to encourage gay group in Russia.

The model of this set is quite specific. It must be Cory. He is clearly open that he is a gay, but when he was in the TV program he was criticized for being too feminine. Fashion is all about branding and building images so he needs to conceal himself. He was forced by the situation to hide in the closet. Therefore, we view Cory’s situation to be very similar to the gay situation happening in Russia.

Photographers often use other people as the topics. However, in one of your works, you use yourself as the model. What is your inspiration and what do you aim to present in that piece?

That piece is called “Fine Art in Time Square”. It began from when I used to live as a woman back in the university. My social gender or project gender was female but my physical body was male. It was very confusing, not only for myself but also for people around me. Some men kept questioning and thought that it might be a mistake whenever I went into the male toilet. So I guess this work was a social experiment about gender perception as a reflection of me, who possess male physical, but tried to manipulate my body with various materials to become more feminine. I wanted to find out whether those who I was trying to communicate with will be able to specify my gender without the physical appearances in considerations. Thus, I selected various materials that could manipulate the look, made me more feminine, and asked a street artist to draw a portrait of myself. They could either draw me as male or female.

What is your thought on Thai gender issue when compared to the Western aspect?

Thai people begin to look into the gender issue much deeper than before. However, this is happening only in specific groups of people. There are now quite a few groups, for example, the Sexual Diversity Network, Anjaree, and many more. And this is definitely a good sign.

Thailand is quite interesting in terms of how our society is widely open for gender issue in macro level. There is only a few sex discrimination or racist acts. On the micro level in terms of families, however, the issue is still intently accepted. This is completely different from western culture where gender issue is more at ease in micro level but not in macro level.

Do you want to come back and work in Thailand?

Yes, I do. I simply want to see a brighter future in Thailand, but right now I want to challenge myself in the international level. I spent my time between America where I work and collect experience then fly to Thailand every year. During my stay in Thailand, a few prestigious universities in Thailand always invite me to be a speaker and talk about my work, life and success in America in which I hope it could inspire a new generation to be successful as well.

All content, design, and layout are Copyright © 2011-2014 MEALPHOTOGRAPHY All Rights Reserved. Reproduction in whole or part in any form or medium without specific written permission is prohibited.